The bitumens with end of life tyre powder (ELT) manufactured by CIRTEC are produced and consumed on site, and on demand, in the asphalt mixing plant (agglomerate plant). For this reason, no storage requirements are included in the product specifications. 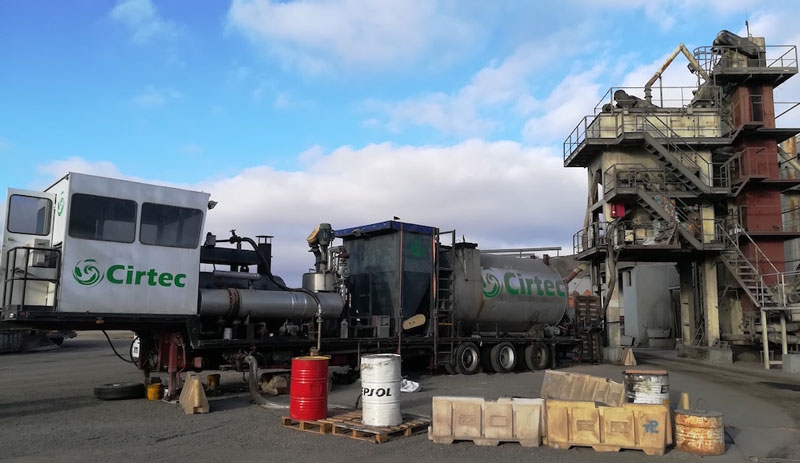 Its is important to note that the procedure for the manufacture and supply of rubber bitumen used by CIRTEC involves the so called wet process, whereby an initial mixing of conventional bitumen with end of life tyre powder (ELT) is carried out, and the resulting product is then subjected to a digestion process in which the particles of rubber powder are incorporated into the structure of the conventional bitumen, modifying its properties.

This digestion process takes place in a digestion tank prepared for this purpose, so that the bitumen obtained at the tank outlet –which has already been modified with rubber powder – is sent directly to a mixer in the agglomerate plant in order to produce the bituminous mix using aggregates.

The wet process, accordingly, differs from the so called dry process in that, in the course of the first process, the end of life tyre powder is incorporated into a binder, and this, once modified, is mixed with the aggregates, while, in the course of the dry process, the rubber powder is directly incorporated into the mixer as if it were just another aggregate, and the process of digestion of the rubber powder takes place during the transport of the bituminous mix to the paving site.

Specific equipment is used for the on-site manufacturing of bitumens with rubber powder. This type of bitumen is composed of asphalt bitumen and rubber powder (Figure 2). Pure bitumen is stored in the tanks of the bituminous mix manufacturing plant, while the rubber is usually supplied in bags weighing about 1,000 kg. The rubber used in the process is produced as a shredded material with a maximum size not exceeding 0.8 mm (Figure 3). 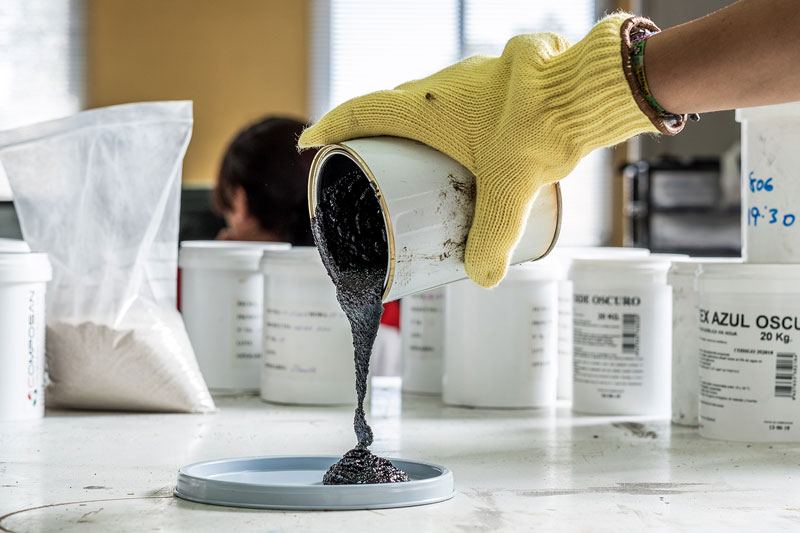 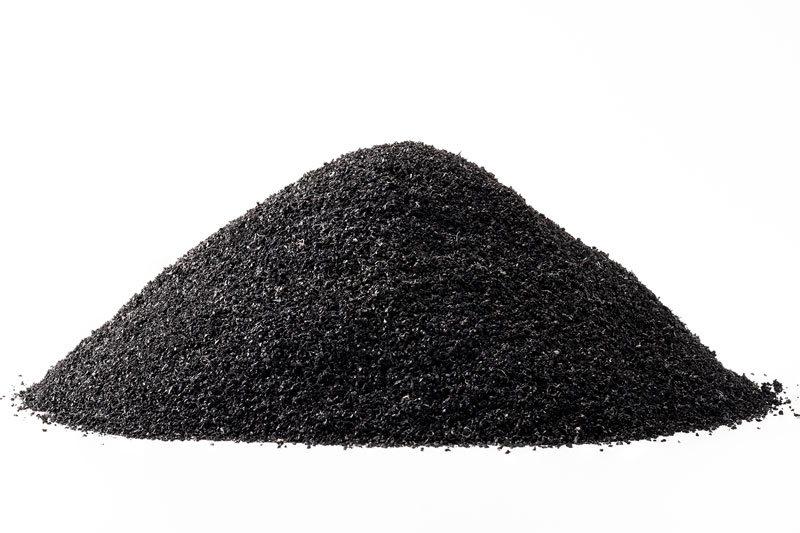 Figure 3: Rubber powder used in the manufacture of BMAVC-1

This procedure enables quick packaging in the tyre shredding facilities, as well as efficient transport and on-site storage, protecting the rubber against rain through use of waterproof bags. 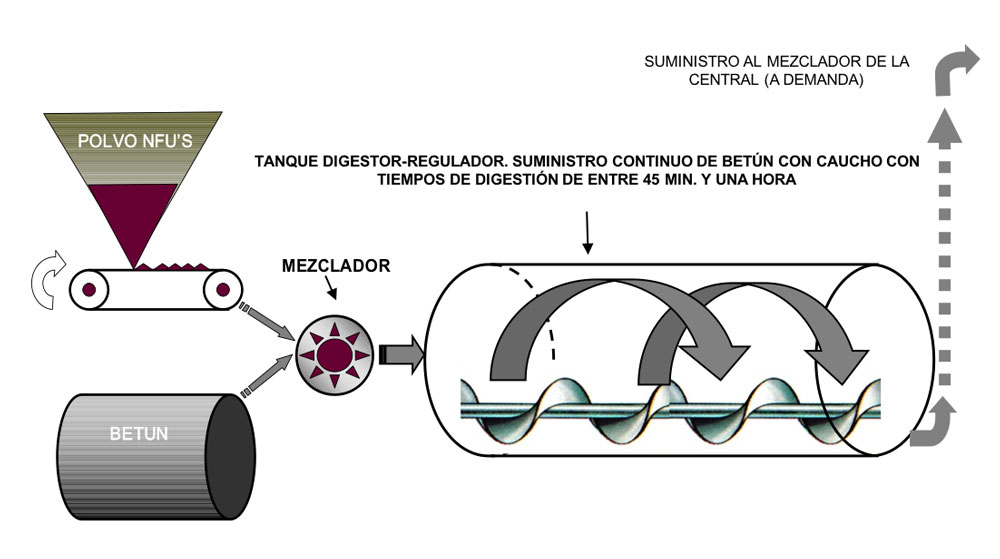 Once the mixing unit has been positioned, the supply of asphalt bitumen is connected from the tanks of the plant where the bitumen mixes are produced; the hopper is then loaded with rubber and, through a conveyor belt built into the equipment and provided with an automatic weight-based dosing system, the mixer-shaker is fed with rubber. Finally, the newly manufactured bitumen rubber goes into a digesting-regulating tank.

From this tank, the bitumen – already modified with rubber powder – is conveyed to the mixing plant at the pace better suited to its needs. For this purpose, the outlet of the digesting-regulating tank is attached to the bitumen pipe that regularly conveys the binder to the mixer. The mixing unit itself has a pump that drives the binder through this pipe whenever it is demanded from the control post of the manufacturing plant; all of which is carried out using automated mechanisms.

The nominal production capacity of the equipment varies depending on the type of bitumen rubber being produced and supplied to the agglomerate plant:

In the case of projects in which larger daily outputs than those indicated have been required, the two bitumen rubber manufacturing equipment units have been moved to the site, and then operated in parallel and simultaneously, thus duplicating the above mentioned production data.

It should also be noted, as a very important aspect, that the agglomerate plant can simultaneously produce hot bituminous mixtures for different projects, whether with conventional bitumen or bitumen rubber. This is so because of the presence of two three-way valves used in order to drive the bitumen into the mixer, so that, in case the production of bitumen rubber mixes is not required, these valves close and the CIRTEC team recirculates the bitumen manufactured with rubber powder until it is demanded again in order to produce the asphalt mixture. 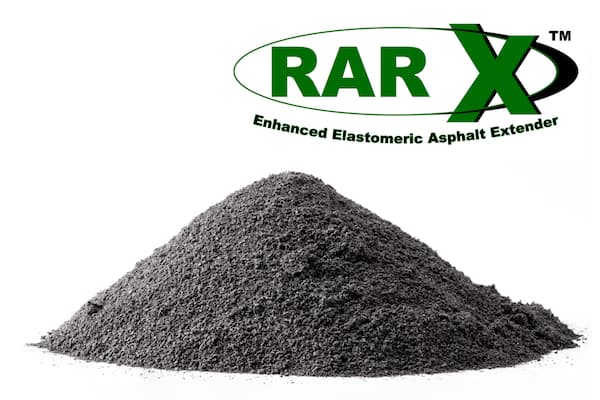 RARx is a high-tech additive made from rubber powder (60% of its composition), pretreated with bitumen and other additives of mineral origin. It represents an evolution of existing technologies to incorporate rubber powder into asphalt bitumens. 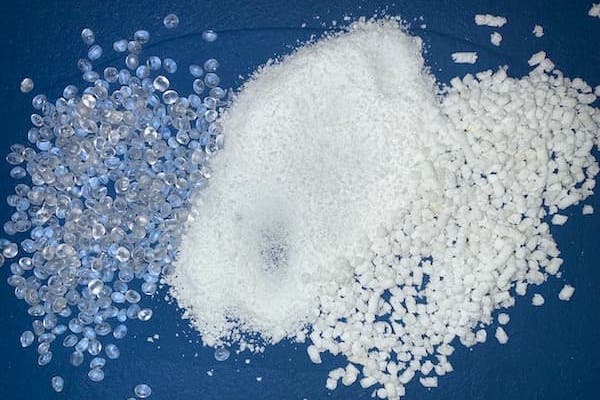 For asphalt bitumen modified with polymers and rubber powder, Cirtec has three manufacturing systems: supply of modified bitumen from the factory in Madrid, manufacture of the bitumen on-site with mobile machinery, or on-site manufacturing with the pretreated RARx additive. 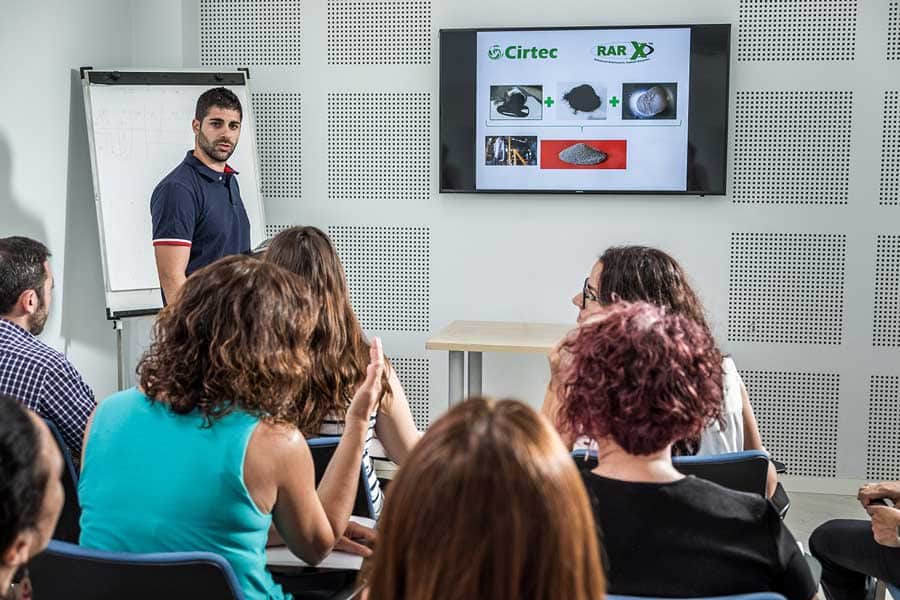 When executing an asphalt project it is really important to analyze all the variables before making a decision. CIRTEC has a technical team with a long professional experience in asphalts, especially in rubber modified asphalts.

CIRTEC is seeking companies to join its project as country or region distributors with an in-depth knowledge of the asphalt industry, with commercial capabilities and, above all, with a genuine commitment to making sustainability work.

You can accept all cookies by clicking the "Accept" button or configure them by clicking on "Settings".

Thank you for your collaboration,

The cookie information is stored in your browser and performs functions such as facilitating navigability between sections, recognizing you when you return to our website or helping us understand which sections of the website you find most interesting and useful.

You can get more information at:

"Strictly necessary" cookies must always be active to ensure the proper functioning of the website. Basically, the web would not function well if they were not active.

In addition, they are necessary so that we can save your preferences for the settings of the rest of the cookies (activated or deactivated).

These are the type of cookies called "technical and functional".

This website uses Google Analytics to collect anonymous information (in no case personal data is collected) such as the number of visitors to the site, or the most visited pages. Keeping these cookies active allows us to do analytics and improve our website, so we would appreciate it if you would leave them activated.